Why a Lula-Maduro alliance has Venezuelans in Brazil worried

‘I listened to everything Lula said… but he didn’t mention us.’

President Jair Bolsonaro has been openly hostile to refugees and migrants. But during his tenure, the Brazilian government set a regional example for the welcome it provided to Venezuelans escaping poverty and starvation.

As Luiz Inácio Lula da Silva prepares to succeed Bolsonaro on 1 January, some are questioning if he will continue the same level of support, especially as he looks set to restore ties with Caracas and forge a left-wing alliance with President Nicolás Maduro. 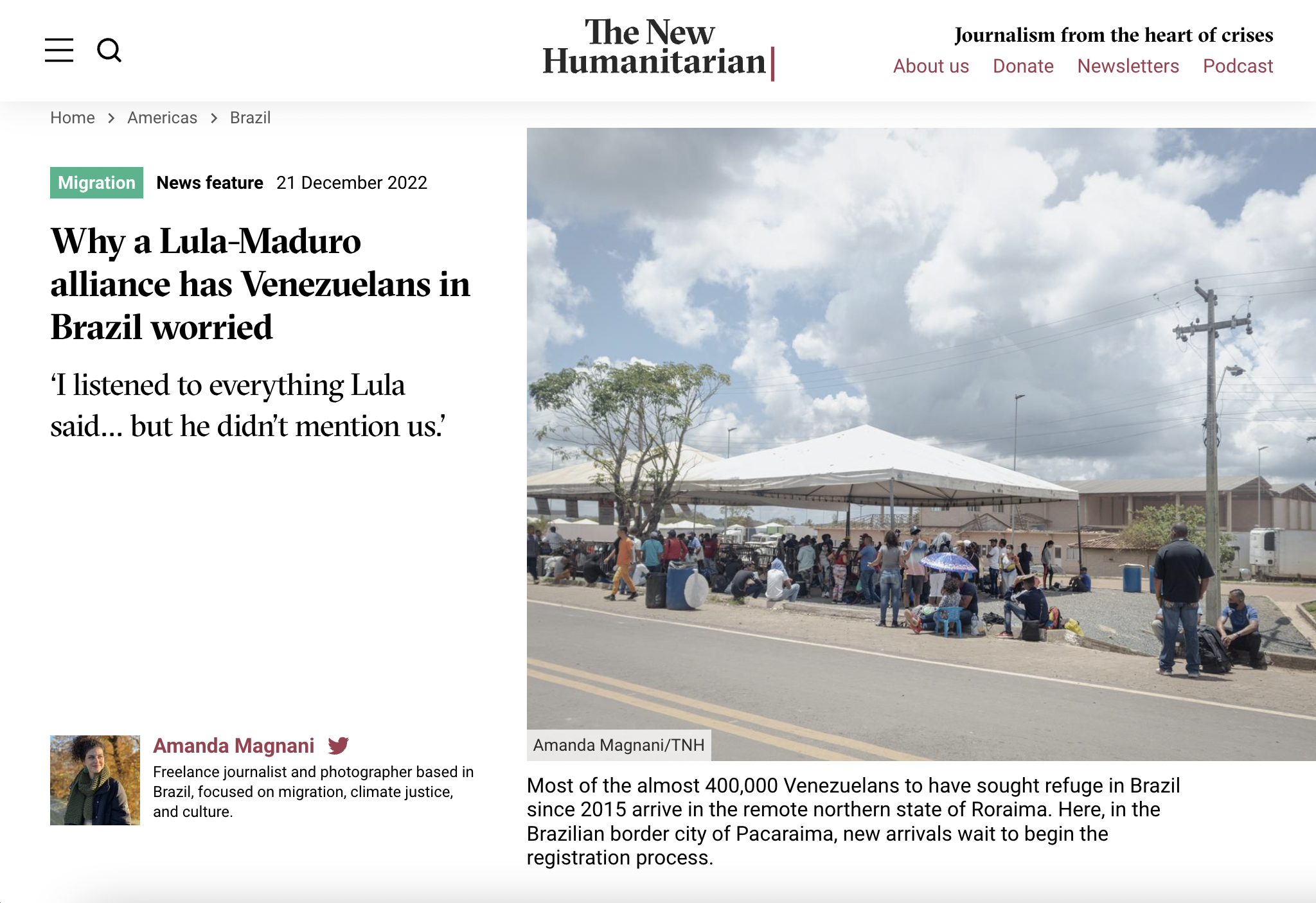 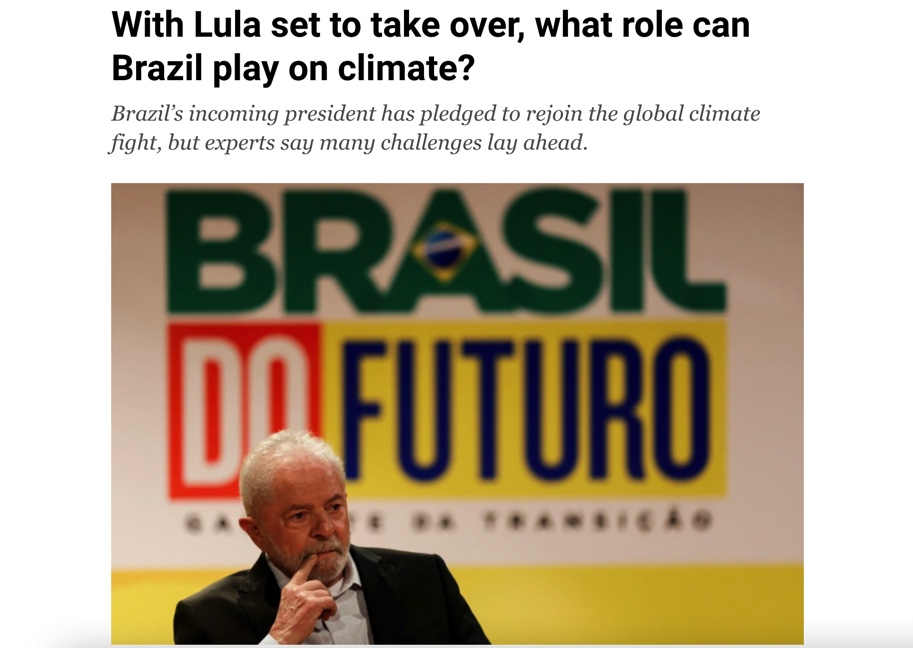 With Lula set to take over, what role can Brazil play on climate?

Brazil’s incoming president has pledged to rejoin the global climate fight, but experts say many challenges lay ahead.

Minas Gerais, Brazil – Just hours after Brazilians elected Luiz Inacio Lula da Silva as the country’s next president, the first signs of international enthusiasm and hope for the country’s return to the climate action game were already visible.

International leaders said they looked forward to working with Lula’s government, particularly on the environment; Norway and Germany announced an openness to renewing the Amazon Fund, a multilateral mechanism to help safeguard the rainforest; and Lula himself pledged to do more to combat climate change.

The Snow Star Festival, an annual religious celebration, has been an integral part of Andean tradition and beliefs. But climate change and COVID-19 are threatening that.

At night, believers would use the reflection from the moon that cascaded atop snow-capped peaks as a guide to make their way up the sacred Colque Punku glacier. The tradition goes back centuries for pilgrims from various indigenous groups in the Andes who have made the journey through the Sinakara Valley in Peru during four days of religious festivities known as Qoyllur Rit’i, Quechuan for “the snow star.”
Read full story on National Geographic. 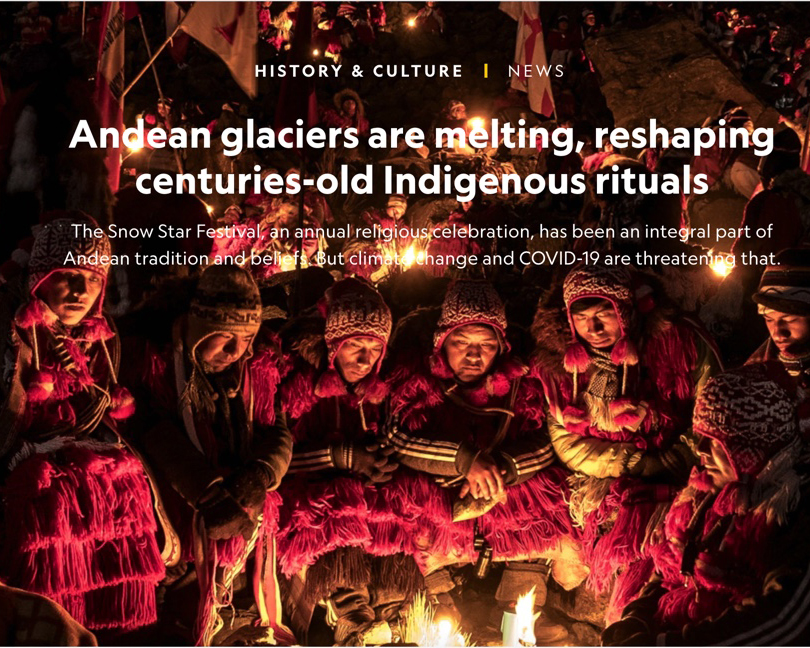 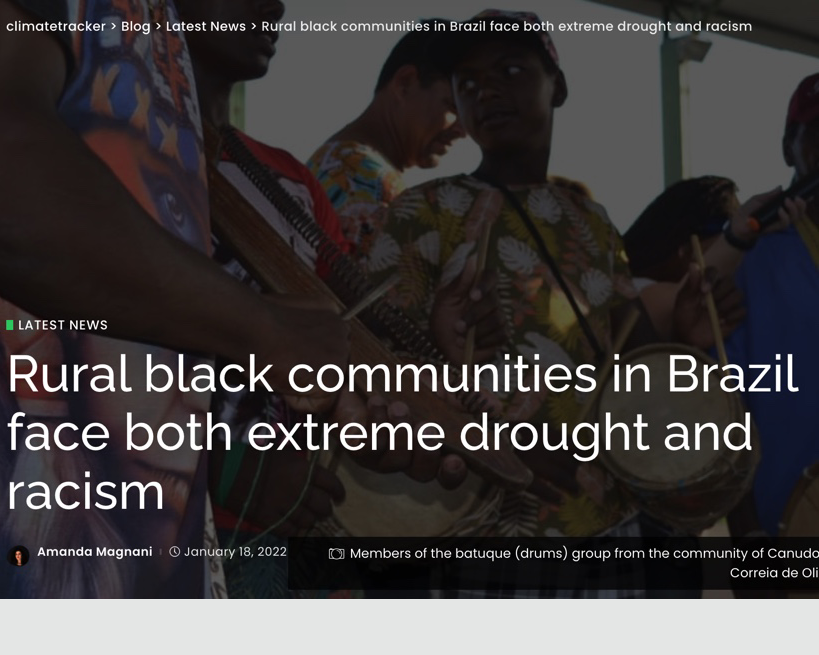 “Life in a quilombo is a celebration”, says Nego Bispo, who grew up in the Quilombo do Saco-Curtume, in the Brazilian northeastern state of Piauí. In recent years, however, climate change has discouraged festive spirits in these communities.

A poet, writer, teacher and political activist, Bispo is among the loudest voices in the fight for rights of quilombolas—one of the traditional people in Brazil most vulnerable to climate change.

Centuries ago, quilombos emerged as rural communities where formerly enslaved people could live safely. While some of them originated in lands bought or inherited by those emancipated, most of them were built by enslaved men and women who managed to escape plantations.

MORE of my work